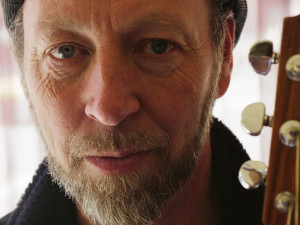 Richard Thompson : “Having put this thing

together I just want to see it myself, I want

to be in the stalls taking everything in.”

Guitars at Meltdown – The Folk legend on playing with James Burton, Martin Simpson and more

Folk legend Richard Thompson will be in full-on kid-in-a-toy-shop mode when he lines up alongside some legendary guitar players at the Meltdown festival 2010 on London’s South Bank later this month.  Thompson has put together an eclectic mix of live music events as this year’s curator, stepping into shoes previously filled by such names as David Bowie, Nick Cave, Elvis Costello and Scott Walker.

In addition to several gigs with Thompson at the helm – including the UK premiere of his musical Cabaret Of Souls, a two-hander with old friend Loudon Wainwright, a revival of the critically acclaimed history trawl 1000 Years Of Popular Music – the Meltdown lineup also includes solo shows by Elvis Costello and Seasick Steve, a tribute to the late Kate McGarrigle featuring Nick Cave, Rufus Wainwright, Emmylou Harris and others, and a recording of the long-running radio comedy I’m Sorry I Haven’t A Clue (“I love playing CDs of it to the locals in Los Angeles where I live,” says Thompson, “they just don’t get it!”).

Arguably, however, the performance Thompson is most looking forward to is Six Strings/Six Guitars, a night where he shares the stage with some of his favourite players, exchanging riffs, licks and anecdotes.  Here he gives MusicRadar the lowdown on the line-up: 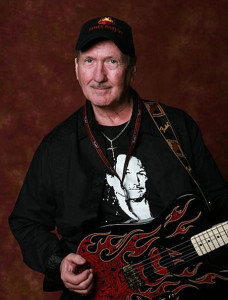 “I probably first heard James when I was about 10 years old, playing on Ricky Nelson’s hits – obviously without knowing who he was at that stage.  I would have been about 16 when I really discovered him, though, and realised just how cool he was.

“His work with Elvis Presley in the late ’60s and early ’70s is well-known, but he also played the lead part on Dale Hawkins’ Susie Q when he was just 15.  His session work is legendary; he played dobro on Jeannie C Riley’s big country hit Harper Valley PTA, he’s on a couple of Buffalo Springfield tracks which are just beautiful, and of course he’s all over Gram Parsons’ records.

“I’d say he invented several styles of guitar playing, he was pretty much the architect of country rock.  When he was in the house band on the radio show Louisiana Hayride he’d watch the steel player and figure out how to replicate his sound.  He switched to a lighter gauge of string and started bending the notes in the same way, and that opened up a whole new world for a lot players.

“I think he was probably the first person to get a great sound out of a Fender Telecaster, a kind of hollow but beautiful sound that really influenced a lot people.  He also invented a kind of cross-picking technique which has its roots in traditional country but brings in more bluesy elements.” 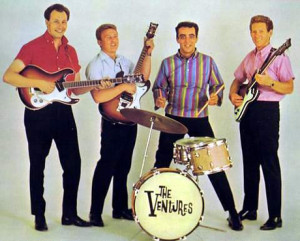 The Ventures with Nokie Edwards (left)

“He was the original guitar player with The Ventures, who are probably best known in the UK for Walk Don’t Run but not much more – we had The Shadows and they pretty much eclipsed everyone else.  Because of that, I must admit that I didn’t hear a great deal of their stuff growing up, but a friend of mine suggested I check Nokie out for Meltdown, and I was just blown away.

“He’s an extraordinary player, still going strong well into his 70s.  The Ventures often get lumped in with the whole surf rock thing, but there are country elements to his playing.  He’s got his own sound, his own ideas, he’s just an exquisite guitarist.  The audience are gonna love him.” 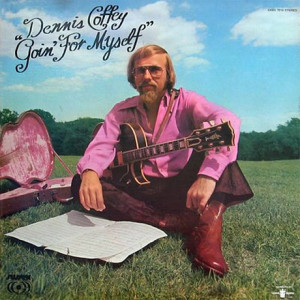 Coffey pictured on his 1972 album Goin’ For Myself

“A Motown legend.  You couldn’t avoid that sound in the ’60s, it was so pervasive.  The way those session guys in the Funk Brothers would put a groove together taught all of us something, it probably even had an influence on me when I was in Fairport Convention.

“If you listen to that droning, driving backbeat on something like Dancing In The Street it shows you how to accompany a traditional tune.  I think Dennis was recruited by Motown for his wah-wah playing as much as anything else, Cloud Nine by The Temptations would be the prime example of that.  He actually started out as a jazz guitarist, there’s a brief clip of him in the Funk Brothers documentary Standing In The Shadows Of Motownwhere he’s doing some great bebop stuff.  He’s the funkiest guy around.” 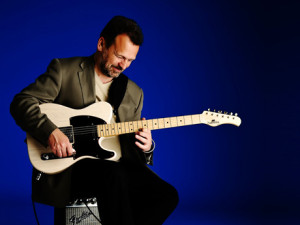 “I’ve known Martin forever, and he’s such a fixture on the folk scene that we sometimes take him for granted.  He’s a fantastic acoustic player in the great British tradition of Davey Graham and Bert Jansch.  He’s a roots player who blends a lot of styles together.

“He’s very good at absorbing folk traditions but then has a unique way of embellishing them.  A classical violin player, for instance, can expertly play the note that’s written in front of them, and that’s just fine, but a great folk musician like Martin understands that it’s what you do with that note that’s important; it’s the little trill you put on it, or it’s the hammer-on or the pull-off, the texture you bring to it.  Martin incorporates all these things with such ease.” 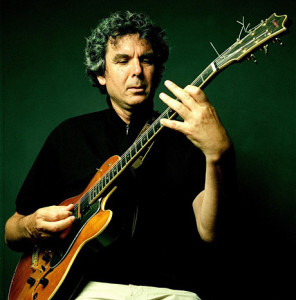 “Jazz-rock is a much maligned form – is it fusion or confusion?!  It really depends who’s playing it; it can be the worst self-indulgent crap in the world, or it can be truly beautifully musical.  I first met him when we were both about 18.  He was a student at Essex University where Fairport would play maybe three or four times a year, and he’d come into the dressing room, pick up my guitar and start playing this extraordinary stuff.

“I’d just think, ‘Who is this guy? How dare he?!’  He’s one of my closest friends, I always stay near where he lives when I’m in the UK, and we still run a cricket team together, although we’re probably both close to retiring from that.

“John played a lot with Stéphane Grappelli, and I think there’s a wonderful relationship between guitar and violin, I much prefer the texture of it to piano and violin – although classical music fans will probably kill me for saying that.  John brings something special to everything he plays, he’s recently been working with John Williams which is pretty interesting.” 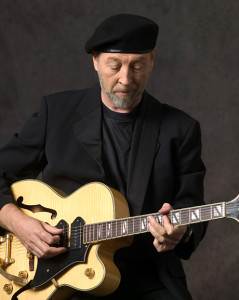 “Ah, me. Oh God, it’s always hard to talk about yourself, but I suppose I’d describe myself as a roots-influenced rock ‘n’ roll guitarist who’s still managing to get by after all these years.  How am I going to fit into this night, with all these great players? I think I’ll probably just end up as accompanying rhythm guitarist and happy to be there.  Please don’t ask me anything else about me!”
Meltdown runs from 11 to 21 June on London’s South Bank. Six Strings/Six Guitars takes place at Queen Elizabeth Hall on 14 June.

Designed by The Ultimate Answer.